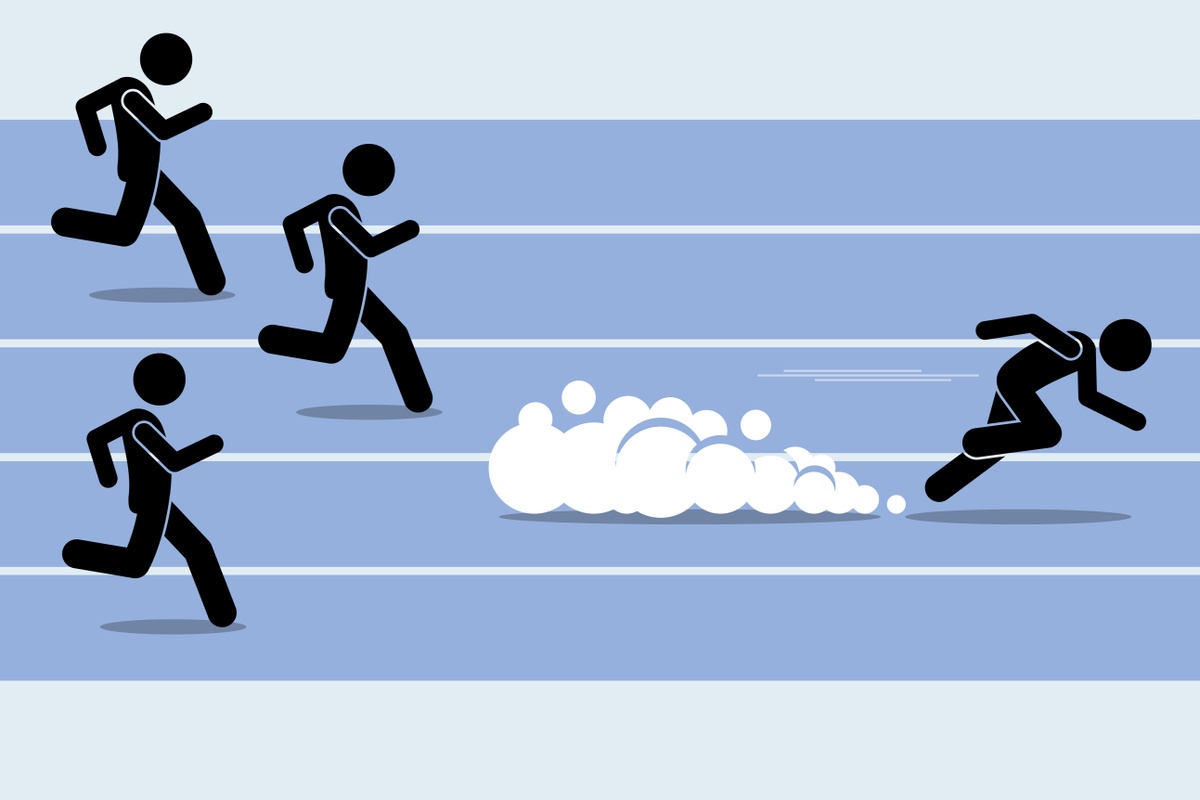 Equity Markets Take Off in October – Will Market Timers Catch Up?

What an October for equity returns. It’s a great example of how difficult it is to time the market. With the Fed raising rates likely until early next year, there was little consensus that there would be equity returns like the ones we saw in October. And yet, anyone trying to time the market now finds themselves giving the market a head start that might be hard to overcome. We will get into the October returns for the market in a minute, but first, I want to briefly highlight some interesting developments with consumer balance sheets and the labor market.

During the pandemic and subsequent fiscal stimulus, consumers cut spending and saved much of what the government distributed. Over the course of 2020-2021 with the help of several rounds of stimulus payments, consumers were able to save $2.3 trillion in excess savings. That is above the levels that the savings rate prior to Covid would have generated. With inflation still running hot, particularly for everyday items like food and energy, some of those savings are starting to dwindle but the impact of higher inflation on savings varies by level of income.

Consumers in the bottom income quartile may have been the biggest beneficiaries of government stimulus on a relative basis, but they are also the ones most challenged by persistent inflationary pressures. The chart below highlights how excess savings has been steadily declining and economists are fearful that the bottom quartile, which spends the majority of their disposable income, could be the worst impacted. 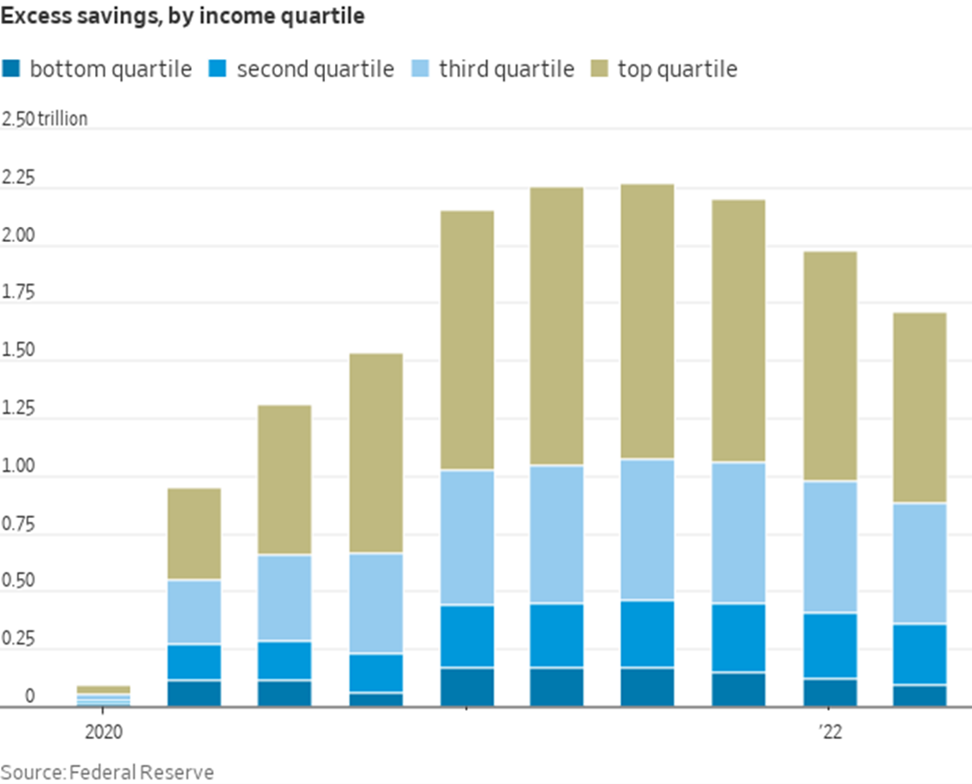 Notice, however, that there is still ample amounts of liquidity in consumer accounts and that despite the decline, could be used to cushion the impact of a recession.

As of now, the labor market remains robust, with the unemployment rate at 3.7% and initial claims for unemployment remaining low. But the actual U.S. labor force size has decreased despite there being almost 2 job openings available for every 1 person that is unemployed. Many workers age 55+ have opted for early retirement and have not returned to the labor force – at least not yet. That leaves the labor force participation rate at multi-year lows with estimates for the shortage of workers at roughly 3 million people based on the pre-covid participation rate. 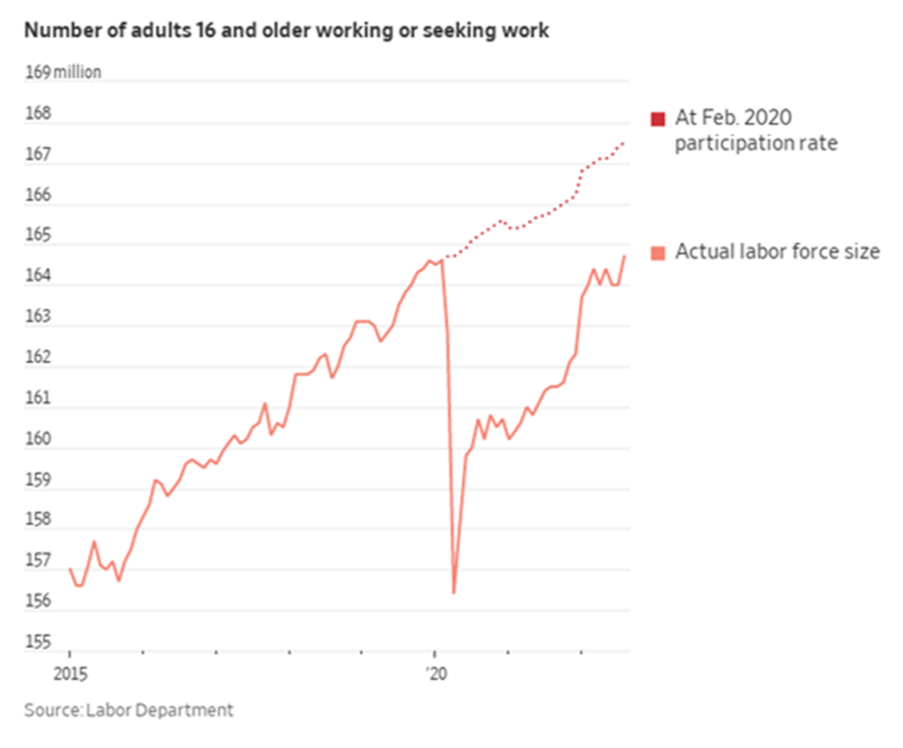 A tight labor market has added uncertainty to the Fed’s approach to raising rates causing speculation as to the relevance of the tight labor market for potential wage growth acceleration and consumer spending – both of which could continue to support an inflationary environment.

For now, the stock market seems to be overlooking the potential upside risks to inflation and another upward adjustment to the Fed’s terminal rate, which currently sits at around 4.83%. In October, the Dow Jones was up 14%, followed by the S&P 500’s return of 8.3%, despite horrible losses from some of the biggest names in the index – mostly from some of the infamous FAANGs – Facebook, Amazon and Google, while Apple and Netflix are up after reporting better than expected results. 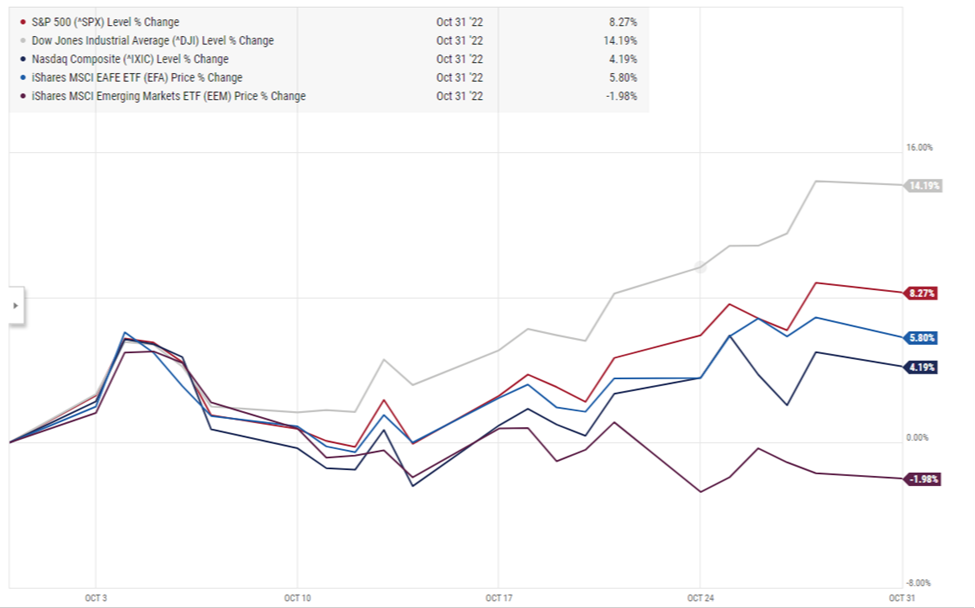 The good news is that valuations have come down dramatically for some of these high-fliers. They may still not be cheap by some measures but much cheaper than they were just a few months ago. The story now turns from valuations to earnings growth and each company’s forward-looking guidance. In the meantime, value stocks continue to outperform growth stocks, with a 10.5% return in October for the S&P 500 value index, relative to the 3.8% return on the S&P 500 Growth index. YTD, value is outperforming growth by roughly 20%. For now at least, boring old-school stocks are the place to be. Whether or not we have hit bottom, however, remains to be seen.

If you want to speak to an advisor about setting up or reviewing your financial plan, schedule a meeting HERE.